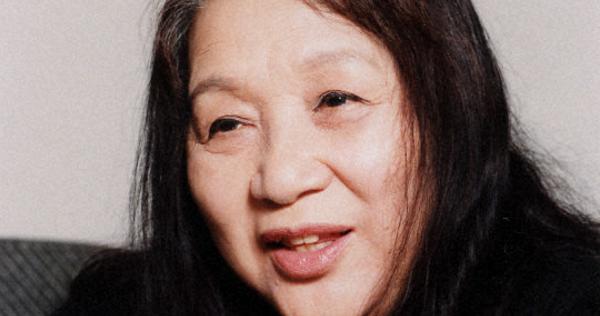 Mariko Miyagi, a former actress known for creating and running the first care facility for disabled children in Japan, died of malignant lymphoma in a Tokyo hospital on March 21. She was 93 years old.

Named Mariko Honme at birth, Miyagi was born in the capital and then lived in her neighborhood of Setagaya. She achieved success as a singer in 1955 with the song “Ga-do shita no kutsumigaki”, roughly translating to shoe shine under the railroad tracks. She has also appeared in musicals and made a name for herself with such hits as the popular TV drama “Tenten Musume” and the movie “Onboro Jinsei”.

Experiences that included a role as a child with cerebral palsy gave Miyagi a greater appreciation for educating children with disabilities, and in 1968 she invested her own money in starting the welfare facility. Nemunoki-Gakuen childhood in Hamaoka City, Shizuoka Prefecture, now part of Omaezaki City. In 1974, she directed and produced a documentary film on the daily life of the school’s children, entitled “Nemunoki no Uta” (The Ballad of the Silk Tree).

In 1997, the center moved to Kakegawa Town Prefecture and the Nemunoki Village facility was opened. Art galleries and other buildings have been set up alongside it, and a unique education program has been set up for children with disabilities. He has also organized art exhibitions and concerts across the country to improve public understanding of these people.

Miyagi’s partner of forty years, author Junnosuke Yoshiyuki, died in July 1994 at the age of 70. In 1999, a museum dedicated to his work was opened on the grounds of Nemunoki-Gakuen.

In 2012, Miyagi was honored by the Japanese government with the Order of the Sacred Treasure, Golden Rays with Rosette, which is usually awarded to people who have made a notable contribution to society. Miyagi was also known to have a friendly relationship with the former Emperor and Empress, and in November 2018 the couple paid a private visit to Nemunoki-Gakuen and other places.

In February 2011, former employees of a group with ties to Nemunoki-Gakuen and others were arrested by the Metropolitan Police Department on suspicion of fraud for allegedly defrauding Miyagi out of around 15 million yen in funds. bearing.